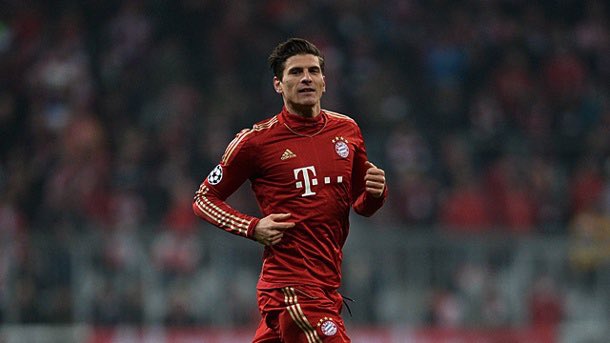 While JuppHeynckeswas the Bayern Munich manager, the club won an impressive treble and Mario Gomez was one of the attacking players in the team. The Bavarian giants won the Champions League, the German Cup and the German Bundesliga title.

Mario Gomez was the topscorer in the German Cup as he helped Bayern Munich win an unprecedented treble by scoring a brace in the 3-2 win over VfB Stuttgart in the final. His brace against Stuttgart took his tally to six goals.

Bayern Munich were responsible for the exit of defending champions Borussia Dortmund from the competition at the quarterfinal stage. Dutchman Arjen Robben was a thorn in the flesh of Dortmund after he scored the winning goal in a 1-0 win. The only goal of the game was scored two minutes before the half-time interval. Robben was also the recipient of the winning goal as Bayern Munich beat Borussia Dortmund 2-1 in an all-German Champions League final.

Mario Gomez was preferred in the Bayern Munich attack by manager JuppHeynckes ahead of other options such as Mario Mandzukic and Claudio Pizarro. Thomas Mueller scored from the penalty spot eight minutes from the break to give Bayern the lead before Gomez added a brace in the second half to edge the Bavarian giants 3-0 ahead before he was replaced by Mandzukic on 62 minutes. Martin Harnik scored twice in nine minutes to make it a nervy finish for Bayern in the last ten minutes. Bayern thereafter held on to win the German Cup title.