MARIO GOMEZ TO REMAIN AT WOLFSBURG

Former Bayern Munich striker Mario Gomez would remain at Wolfsburg despite an underwhelming season for the Bundesliga side. 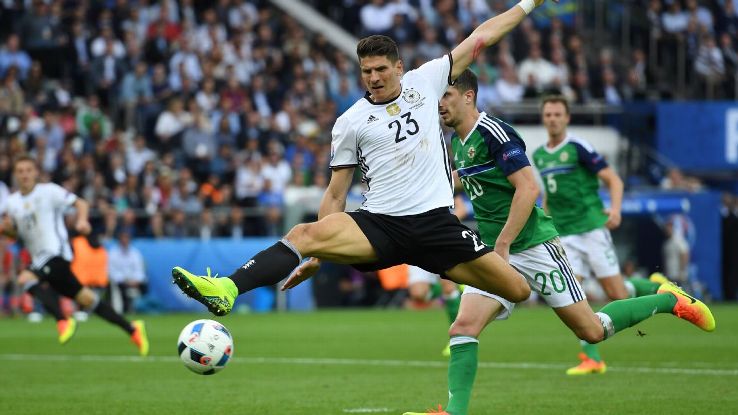 The club won a relegation playoff to remain in the top flight so they want to retain their best legs to be able to compete.

Last term was quite horrible for Wolfsburg and for Gomez. The 31-year old scored 16 goals in the league in his debut season for Wolfsburg but he could not help the club as they slumped to the 16th spot in the 2016/17 season. The team had to beat second division side EintrachtBraunschweig in the play off to retain their spot.

Gomez admitted that the season was “difficult,” adding that the team missed targets. He says he has “full trust” in the club so he would remain next season as he targets the World Cup with the German national team.

The club is grateful for the player’s contributions, especially in the second half of the season which helped them from relegation. The sport director Olaf Rebbe said the player’s goals proved that aside being a top striker, Gomez took over a lot of responsibility in the team. He adds that along with the coach AndriesJonker the team is hoping for a better return next term.

There were rumours that Sandro Wagner would replace Gomez as the national team spearhead soon. Gomez’s goal in the game against Eintracht gave the team the edge that kept them in the top flight. He would get suitors if he wanted to leave to a higher profile side but he feels comfortable at the club, hoping he impresses, gets noticed and then receives an invitation to the World Cup.

Hoffenheim forward Wagner is making waves at the international scene where he is leading the attack for Germany. His hat trick against San Marino is still being commended. If Wagner is to get the nod for next year’s World Cup, he has a chance now when he features at the Confederations Cupto make a strong case.