GOMEZ WRITES ON HIS FOOTBALL CAREER

Former Bayern Munich striker Mario Gomez decided to take to publishing when he wrote a post on The Players’ Tribune. 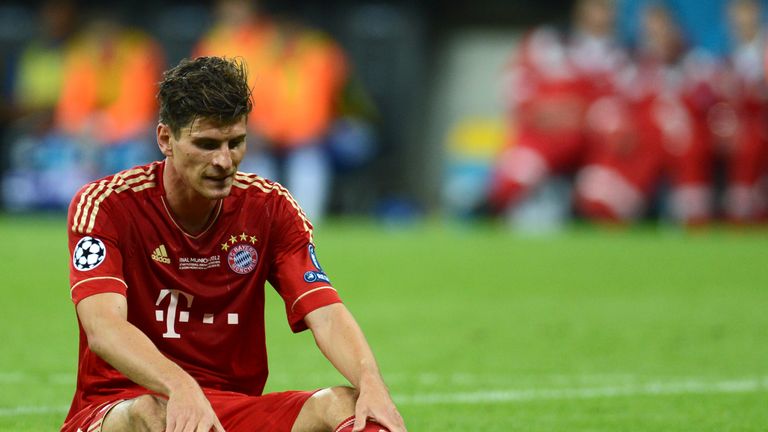 He wrote on a broad number of issues from his personal career to his crush growing up, his Champions League experience and football strikers.

The gifted striker spoke about his early passion about the role.

“I was four years old and I didn’t really know what I was doing. All I knew was that I had the ball at my feet and I wanted to score a goal. So I started dribbling up the field and all my teammates began to yell my name.

He added none of the defenders wanted to take him on, leaving him with “a clear path to the goal.”

Gomez wrote of his personal inclinations to always do things his way and to just put the ball at the back of the net once he got the ball. He wrote about how his parent passionately supported him from when he was young.

“They never told me to stop, nor did they ever put pressure on me to become a professional footballer. They just saw the happiness the game gave me,” the player wrote.

He added that his father encouraged him to aim better as he kept on breaking things when he didn’t hit his target.

Gomez spoke of his respect for Jay Jay Okocha, calling him his childhood “idol.”

He mentioned how his family used to be big Real Madrid fans but he opted to support Barcelona as he wanted to be different. From there he developed admiration for Romario.

He wrote that Stuttgart FC approached his family and after a while he gave in. He developed through the ranks until Coach Giovanni Trapattoni “changed [his] career.”

Kicker Magazine voted him the German player of the year in 2007 when Stuttgart won the Bundesliga. Eventually he signed for the biggest club in Germany Bayern Munich in 2009, bidding his time until he became the number one forward.

He named Nemanja Vidic as a standout defender he faced during his time as a player. On the other hand he wrote that the 2012 Champions League final against Chelsea remained his biggest loss as it was a big loss to the home fans.

The player in his long post dabbled into how he struggled before he found his form at Fiorentina after leaving Bayern. Then he moved to Turkey before his move to Wolfsburg when he currently plays. The post went viral due to how he calmly built up emotions.

He also wrote on his wish to play for Germany in the 2018 World Cup after injury ended his run at the Euro 2016 in France. The post clearly enveloped how he feels when he scores a goal.